Car Accident With a Government Vehicle in Macon, Georgia 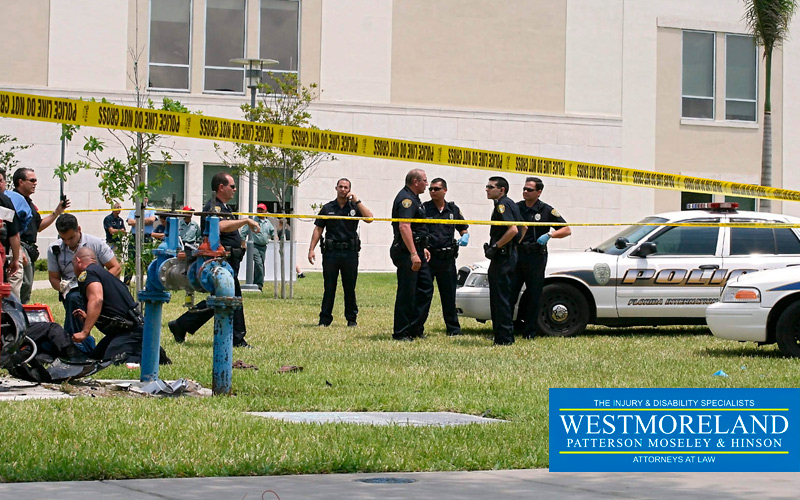 Not all auto accidents are equal. For instance, when the collision involves a government vehicle, different rules may apply for filing an injury claim. For starters, the entity that will determine the outcome of the case may also be the defendant.

In addition, all levels of government in Georgia have the power to claim sovereign immunity in certain instances when citizens file legal claims against the state, but auto accidents are an area of the law where a government agency is typically held liable.

Car crash lawsuits against a government agency can also include law enforcement officials, such as an accident that occurs while the police are in pursuit of a potential criminal or other fleeing suspect. Each claim is determined on its own merit, and it always takes an experienced attorney who has handled car accident cases against the government for a successful outcome.

Standard car accident injury claims in Georgia should be filed within 2 years of the crash — or when the injured party realizes they have been injured. Many car accident injuries don’t manifest until some time after the accident, and many victims don’t understand the medical issue could be related to the accident.

The window of time for filing an injury claim against a government agency, however, is often smaller than traditional car accident claims. The exact deadline depends on the particular agency that is responsible for paying damages in the event the state is determined liable.

An attorney who has handled government vehicle cases before will understand how to identify the proper agency and file within the set filing period.

What is “sovereign immunity” and when does it apply?

Sovereign immunity is a legal doctrine by which the sovereign or state can’t commit a legal wrong and is immune from civil suit or criminal prosecution.

Sovereign immunity can apply in a car accident involving a government vehicle. An example would be an accident injury claim from a fleeing driver who has been signaled by law enforcement officials to pull over. Fault for an accident is crucial in Georgia, and running from the police is assuredly a primary element of an injury claim.

Standard liability only applies when there are minimal extenuating circumstances and the comparative negligence percentage of the injured claimant driver is less than 50 percent.

All auto accident cases in Georgia are processed based on fault. Georgia uses a modified comparative negligence standard of 50 percent, and the fact that a government vehicle was involved doesn’t matter in a standard accident evaluation. Any injured driver in a Georgia accident who has a comparative negligence percentage greater than 49 percent is barred from being financially compensated for their own injuries.

Ultimately, this means that a 2-car equal shared fault accident would leave the drivers without a legal recourse, whether a government vehicle is involved or not.

Additionally, the threshold for proving fault against a government vehicle operator can be more restrictive, and material case evidence will be vital to being compensated at any level.

All drivers who have a comparative negligence percentage assignment will still have their compensation reduced by their personal fault percentage. This is usually why government vehicle accident cases typically go to trial. In a full trial, the jury decides the comparative fault percentage. In a bench trial, it is assigned by a judge presiding over the case.

Ultimately, who is liable for an accident involving a government vehicle will determine which agency could be responsible and under what law the claim can be filed. Federal government vehicle accidents are filed under the Federal Tort Claims Act and subject to those rules and regulations. Claims against local and state government agencies are filed according to Georgia state rules and apply when standard vehicle liability of a private citizen would result in a financial damage award.

Different agencies have different filing periods in terms of time, which is why it is always important to contact an attorney as soon as possible following your accident with a government vehicle. Evidence can fade fast, and fault will be the focus of the adjudication.

Because of the potential complications that arise when an accident claim involves a government agency, the attorney you choose can be the difference between being properly compensated or possibly receiving no compensation at all.

Contact the legal professionals at Westmoreland, Patterson, Moseley & Hinson in Macon, Albany and Warner Robins, Georgia for comprehensive and aggressive legal counsel. You only have one opportunity for financial recovery. It’s vital you make that opportunity count.