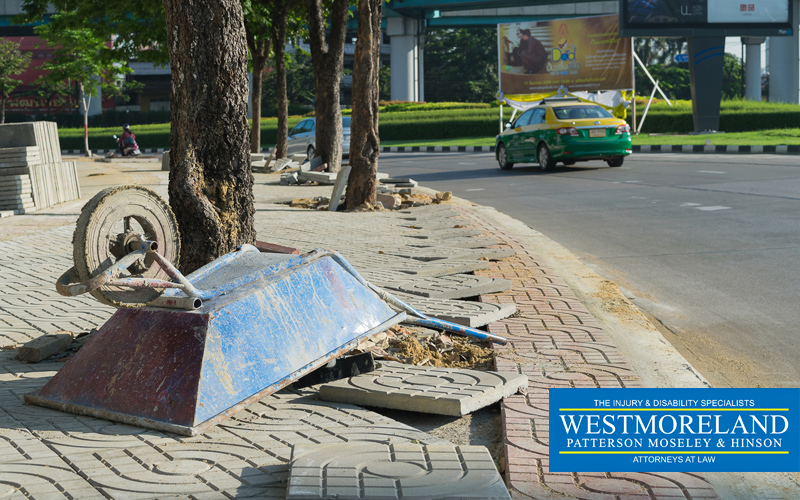 In its simplest sense, premises liability is the legal doctrine that declares the owner of a property responsible for any injuries that occur due to their negligence. Although statutory details may vary from state to state, every state in the U.S. holds that property owners must make a reasonable effort to keep their premises safe.

Georgia Code Section 51-3-1 defines the reasonable effort to keep premises safe as “duty of owner or occupier of land to invitee.” Invitees can be summoned on to the property “by express or implied invitation,” meaning that the invitee has entered the property lawfully and with permission.

Additionally, the owner’s duty extends not only to the property itself but also to its approaches: the entries and other property that the invitee will need to cross in order to gain admittance onto the property.

Negligence in the legal sense can be defined as a failure to act with the standard of care that an ordinary person facing the same circumstances would have acted.

What are the elements of a premises liability case in Georgia?

In order for a premises liability case to be successful in Georgia, a plaintiff must prove 4 things:

1. A standard of care existed

Property owners are not the only ones who can be found liable in premises liability cases. Anyone who exercised control over conditions on the property may be found liable. This includes an owner, a manager or someone who leases the property.

Georgia recognizes that different standards of care may apply to these individuals, depending upon the specifics of the case. A property owner and a landlord, for example, will have different levels of responsibility for unsafe conditions within that building.

2. That standard of care was breached

The plaintiff must be able to prove that the unsafe conditions that led to their injuries existed as a direct result of the defendant’s carelessness.

The plaintiff must be able to prove that the injury they sustained was sufficient to result in damages. If you fall on a wet floor in a store, but you don’t hurt yourself, it is unlikely that you’ve sustained damages sufficient to justify a premises liability lawsuit.

Damages in tort law refer to a sum of money imposed as victim compensation.

4. The injury was caused by the defendant’s negligence

The mere existence of unsafe conditions in the presence of an injury is not enough to sustain premises liability. Additionally, an injury suffered on the premises that is not the result of a premises liability hazard may be insufficient grounds for proving carelessness.

Georgia is 1 of 12 states in the U.S. that use the doctrine of contributory negligence with respect to recovering damages in personal injury lawsuits. Georgia Code Section 51-12-33 says that if a defendant’s own negligence is partially responsible for the injury that they sustained, the courts will determine the extent of that responsibility and reduce any awarded damages accordingly.

In Georgia, if the court determines that the plaintiff’s own negligence was more than 50 percent responsible for the injury, the plaintiff will lose all rights to damages recovery.

Georgia’s complex premises liability laws can make it tough for victims to get the justice they deserve in premises liability cases. That’s why it’s so important to contact an experienced personal injury attorney as soon as possible after you’ve injured yourself.

The statute of limitations for such cases is 2 years (Georgia Code Section 9-3-33) and the clock starts ticking the moment the injury occurs.

Slip and fall accidents are among the most common causes of premises liability cases. If you slip on the broken pavement outside a store, for example, the property owner may try to avoid liability by arguing that it was perfectly obvious that the pavement was broken and that a reasonable person would not have walked on that pavement.

Other situations that give rise to premises liability actions include:

The complexity of Georgia’s premises liability laws makes it imperative for you to speak as soon as possible with an experienced personal injury lawyer with a strong track record if you hope to have a favorable outcome to your case.