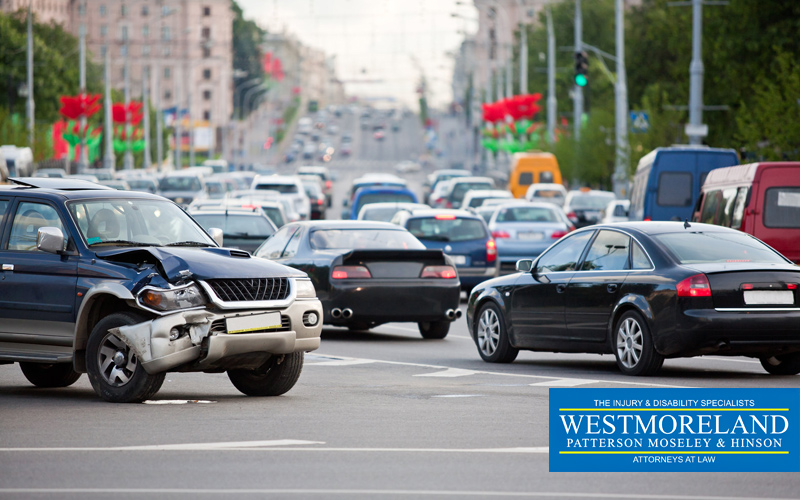 Who is held liable for hit-and-run crashes in Georgia?

As if getting hit by a car wasn’t bad enough, some injured victims are left at the scene of the accident to fend for themselves. A hit-and-run victim may have trouble getting immediate medical care and end up sustaining severe injuries as a result. The victim could face further difficulty when they try to pursue financial compensation from the driver who fled the scene.

Georgia law requires drivers to stop at the scene of an accident that they caused. When they don’t, the crime can have serious penalties. If a hit-and-run driver causes injury or death, the driver could be charged with a felony and go to prison for 1 to 5 years. The driver is also likely to face a lawsuit from the victim wanting to claim financial compensation for their injuries.

What to do after a hit and run

Here are the steps you should take after a hit-and-run accident in Georgia:

For a hit-and-run driver to be held accountable, they must first be identified. Although it can be difficult, you should try your best to remember as many identifying characteristics about the driver and their vehicle as you can such as the vehicle make, model and color. Never attempt to chase after a fleeing driver as this can be dangerous and result in further injuries and damages.

The simplest way to identify the driver will be to get their license plate number, if possible. Try hard to remember the plate; even a partial number or the license plate state can give the police something to go on.

Police should be notified as soon as possible so that the driver can be found. In many cases, there are other witnesses who might be able to provide a description of the driver and their vehicle. Once the driver is found, you will be able to file a claim for damages.

If identified, a hit-and-run driver will most likely face criminal charges, which will make the process of establishing liability for the accident relatively easy. You can use the police report as evidence in a claim against the driver.

4. Try to reach a settlement

When it’s obvious that a hit-and-run driver caused an accident, the driver’s insurance company will want to settle right away. It’s important to consult a lawyer before signing a settlement as the first offer may be much less than you deserve. Our hit and run injury lawyer can thoroughly document all your injuries, expenses and lost wages so that a larger settlement can be reached.

What if the driver cannot be found?

In the worst-case scenario, the driver who hit your car may not be found. Not all hope is lost, though. In those cases, you can obtain a policy known as MedPay which pays for the costs of treatment after your accident. This policy works faster than your personal health insurance, which in turn reduces the policy limits and premiums.

It’s also beneficial if you have an uninsured/underinsured driver policy on your insurance. This coverage is intended for situations when the at-fault driver doesn’t have insurance to cover an accident’s damages, but it also includes situations where the driver can’t be found.

It’s best if the policy is already in place before the hit and run happens, but some insurers allow you to file a claim after the fact. In that case, coverage may only apply to property damage instead of medical bills.

What if a settlement can’t be reached?

After negotiations, some insurance companies might still be unwilling to offer an appropriate amount of compensation for your injuries. If this is the case, you must decide whether to move forward with a personal injury lawsuit against the driver.

What if the driver has no insurance?

Some hit-and-run drivers have no insurance to cover the cost of their reckless driving. If a driver is uninsured, you won’t have any insurance company to negotiate with. In that case, you will have to go directly to a lawsuit to pursue compensation.

When to file a lawsuit

Filing a lawsuit against a hit-and-run driver will likely result in a monetary settlement. However, the judgment will have to be enforced in order for you to get paid. If the driver has assets, property and income, the court can put liens and wage garnishments in place to ensure you’re compensated. If the driver has nothing, the lawsuit may do no good in terms of recovering compensation.

A lawyer who is experienced with hit-and-run accidents in Georgia will be able to help you decide whether it’s best to continue pursuing a lawsuit. When the driver has no insurance and no money, it is sometimes in your best interest to file a claim with your own insurance company instead.

What happens when someone hits a parked car?

Under Georgia’s hit-and-run law, a driver is obligated to stop at the scene of an accident, even if the accident was with an unoccupied parked car. In the case of a hit-and-run with a parked car, the driver must notify authorities and leave a note for the owner describing what happened.

A parked car hit-and-run accident typically won’t involve an injured victim, so the penalties won’t be as severe as they would be for a moving vehicle accident. However, the driver may still be charged with a misdemeanor if they did not leave a note or notify the police.

There are many variables to every hit-and-run accident that will impact how quickly and easily you can obtain financial compensation. An experienced car accident lawyer will help you to assess your unique situation and determine the best strategy for financial recovery. We will also ensure that the short- and long-term financial impact of the accident is well-documented so that you can be fully compensated.

Ready to begin your claim and seek justice?