What Are the Most Common Causes of Motorcycle Accidents in Georgia?

Georgia Injury Attorneys (Home) / GA Accident Guides / What Are the Most Common Causes of Motorcycle Accidents in Georgia? 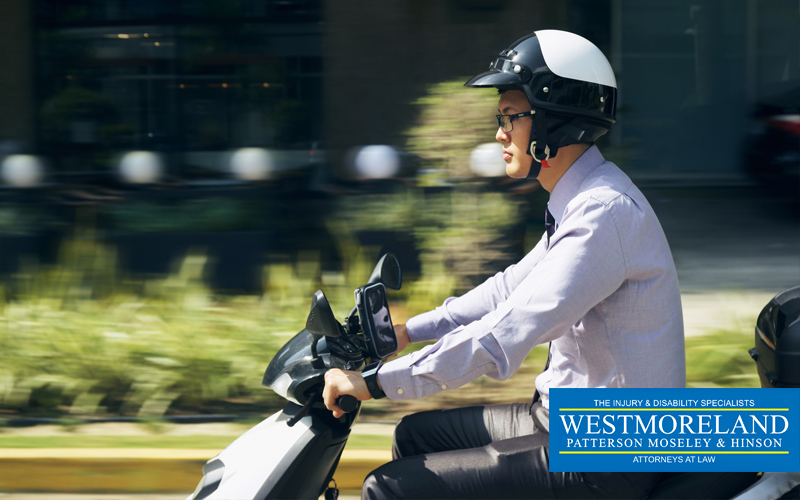 The National Safety Council reports that 3 percent of all registered vehicles in the United States are motorcycles. Yet, motorcycle accidents accounted for 14 percent of fatalities in 2017.

In 2019, the National Highway Traffic Safety Administration (NHTSA) reported that there were 154 motorcycle fatalities in the state of Georgia.

There are many causes of motorcycle accidents. In order to avoid these dangerous factors as much as possible, all bikers should learn these preventative measures.

Operating a motorcycle while under the influence of alcohol remains the primary cause of motorcycle crashes. Statistics indicate that half of all motorcycle collisions involved an impaired biker.

Exceeding the posted speed limit or a limit that is unsafe considering road conditions increases the chance of becoming involved in a collision. The NHTSA reports that in 2016, 1/3 of fatal motorcycle collisions involved bikers who were speeding.

Other common causes of motorcycle accidents include wet, snowy or icy roads. Riding with worn tires is a recipe for disaster. Under these conditions, the biker has very little control over the motorcycle, as traction between the tires and road is significantly less. Having decent tires on the bike with adequate tread generally enables motorcycles to safely travel down the road. However, slower speeds are advisable.

In addition, be aware that during the first hour of precipitation, the moisture lifts oils and debris to the road surface, which makes the pavement more slippery. Avoid rainbow patches on the road. Pay closer attention to other vehicles on the road, as visibility decreases for other drivers during inclement weather.

Inattentive drivers may not be paying attention to vehicles ahead of them. Thus, a motorcyclist may be stopped at a crosswalk or stop sign and get hit from behind. This type of collision has the potential for causing a fatality.

Preventing a rear-end motorcycle accident involves a couple of tactics. Courteously pull in front of another stopped vehicle. In this way, the other vehicle provides a crumple zone of protection. Otherwise, pull over to the curb side of the road and flash your brake light.

A motorcyclist might be traveling in the left lane along the highway when a vehicle in the other lane turns into the bike. The problem occurs when a biker drives into a vehicle’s blind spot. Unless the vehicle is equipped with blind-spot mirrors or safety technology, they are not aware of the motorcyclist’s presence.

Pay attention when turning left or when another vehicle is trying to make a left-hand turn. Check to see if there’s traffic in the other lane, which may prompt a vehicle to move over. Watch for other vehicle’s turn signals or wheels beginning to turn in your direction. 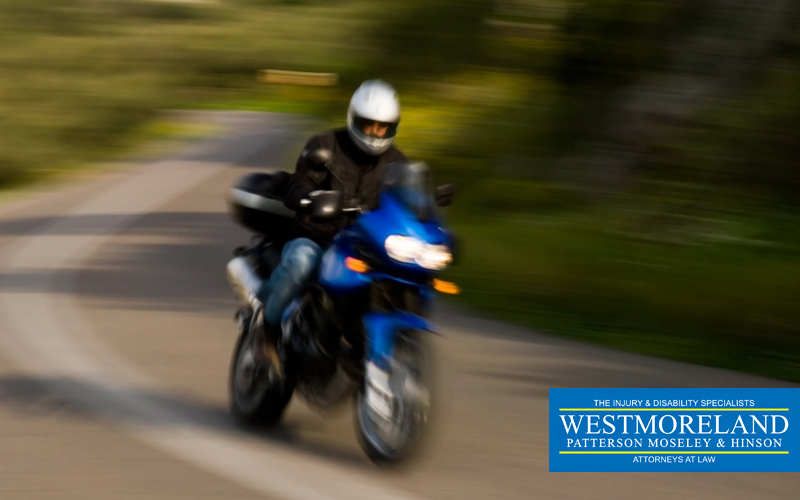 Guide to motorcycle laws in Georgia

Each state has its own laws regarding the use of motorcycles. Failure to know these laws could not only result in a fine or penalty but also lead to serious legal consequences in the event of a motorcycle accident.

Learn more about the laws

A motorcyclist may come around a blind curve or a corner and immediately encounter gravel, sand or other slippery debris on the road. The front tire hits the debris and causes a loss of control.

Do not ride faster than you can react to a sudden obstacle. Avoid the patch. When it comes to corners, ride into it slowly then accelerate. Seasoned bikers use a technique known as “trail braking.”

Cut off in traffic

Having another vehicle cut across the motorcycle while turning is one of the leading motorcycle accident causes. This type of situation commonly results in a head-on collision when the turning vehicle is traveling in the opposite direction. The other driver may not see the motorcycle, judge the bike’s speed incorrectly or is not paying attention.

Watch for vehicles sitting still at an intersection, driveway or parking lot with or without a turn signal. Motorcyclists must slow down 10 to 20 miles per hour and be prepared to take evasive measures. Notice the direction in which their wheels are turning. Be aware of vehicles from behind and to the side. Seek out possible escape routes.

The Insurance Institute for Highway Safety reports that motorcyclists operating super sport or high-performance bikes are 4 times more likely to become victims of fatal collisions. Owners operating the bikes are prone to speeding or driving recklessly. The motorcycles might also be more than the biker is able to safely handle.

All bikers, regardless of how fast your motorcycle can go, must obey traffic signs and road conditions. Inexperienced riders should only choose bikes they can operate confidently and safely.

Consult a Macon, GA motorcycle accident attorney near you