How to Prove Fault in a Georgia Truck Accident 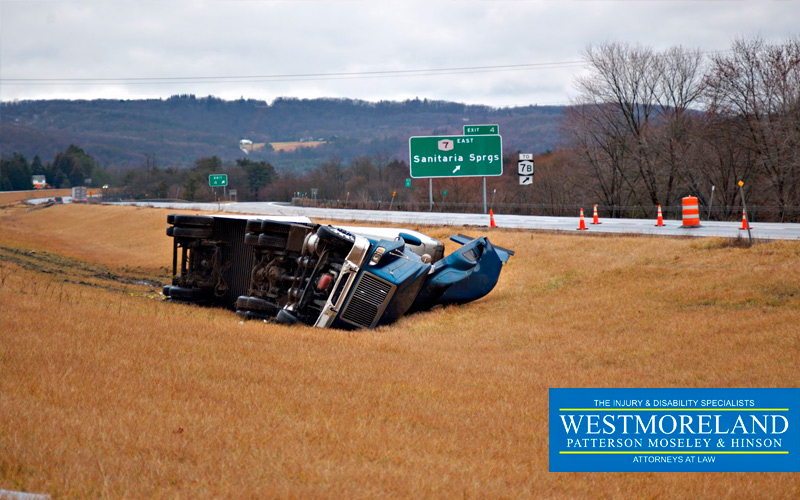 Who’s responsible for a truck accident in Macon, GA?

If you have been involved in an accident involving a truck in Georgia, you may be suffering a variety of serious injuries. There is also a good chance that you will need to pay to repair or replace your vehicle.

In these complex types of cases, liability and fault must first be determined before damages will be paid. Continue reading to learn how our experienced truck accident attorneys can use evidence to show that one or more parties are at fault for causing your crash.

How is fault determined in Georgia?

The state of Georgia uses a modified comparative fault system to determine who is liable for damages in an accident case. This law says you are only entitled to financial compensation as long as you were less than 50 percent responsible for the accident.

For this reason, determining fault in a truck accident case is extremely important and often contested by the trucking companies or their insurers.

What types of evidence can be used to establish fault?

Our attorneys may be able to use driver statements, witness statements or information from a police report to show that someone else caused an accident. In some cases, another driver will acknowledge being impaired, tired or distracted at the time of a wreck. A police report may provide more tangible evidence that another person was negligent when an accident occurred. For instance, the report may indicate that an officer noticed the smell of alcohol or weed coming from a person or vehicle.

Your attorney may also hire expert witnesses to testify at a trial or submit written testimony for use during settlement talks. This individual will typically have some sort of expert knowledge or other accolades that provide credibility to his or her words. They will generally be tasked with interpreting evidence in a manner that would likely convince a judge or jury to rule in your favor.

Finally, an attorney may be able to submit videos or pictures from the scene of an accident as evidence. These videos or pictures may have been taken before, during or after the crash took place. They may show that another driver failed to slow down or otherwise acted in a negligent manner before colliding with your vehicle.

Who could be liable in a Georgia truck accident case?

There are many parties who could be liable in a truck accident case, and liability will be determined by the evidence and facts on a case-by-case basis. Generally speaking, the person who owned or operated the truck when the accident happened will be liable for damages.

An employer could be negligent if they employed an individual who had been charged with DUI in the past or who was otherwise unfit to drive a commercial truck.

A parts manufacturer could also be named as a defendant in a truck accident case if a defective part resulted in a crash. For example, if a truck had faulty brakes installed, the driver may not have been able to stop before the collision occurred. However, a manufacturer may not be liable if a faulty part was installed incorrectly or was modified by the truck owner or driver. Manufacturers may also escape liability if a part was defective because it was not maintained properly.

Any party who sold a defective product may also be required to pay damages that you incur after a truck accident. However, this may only be true if the seller knew that the part was defective or could put someone in danger.

When does truck accident liability expire (statute of limitations)?

You generally have 2 years to file a personal injury case against a truck driver or other parties connected to an accident. Your attorney may file a lawsuit immediately after being hired to ensure that you don’t lose the right to have your case heard in court.

There may also be limits as to how long a part or vehicle manufacturer can be held responsible for its products. Typically, you can’t file a complaint against a manufacturer if a vehicle or associated component were made 10 or more years prior to the crash. Instead, you would likely have to seek damages from the truck owner, truck driver or other parties.

If you were involved in a truck accident in Georgia, be sure to contact the highly experienced legal team at Westmoreland, Patterson, Moseley & Hinson to learn about your options. Our lawyers are trained, experienced and ready to fight for your rights.