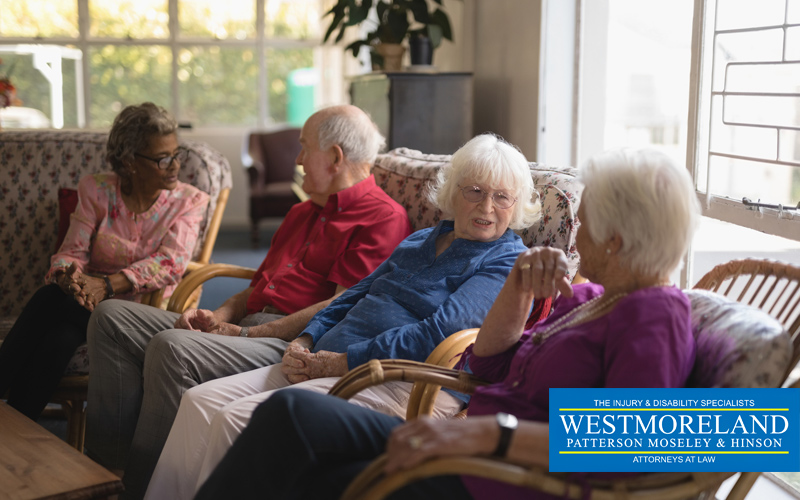 Georgia has more than 33,000 citizens who currently reside in nursing homes. While the majority receive great care, some will be subjected to abuse or neglect, unfortunately. What are the different types of elder abuse, and when is it time to contact a Georgia nursing home abuse lawyer? We’ll discuss these and other questions below.

Nursing home abuse can take on many forms ranging from physical battery to mental and emotional mistreatment. It can even involve preying on someone who is vulnerable for financial or another gain. Here at the law firm of Westmoreland, Patterson, Moseley & Hinson, some of the most common forms of abuse we see include the following.

Medical neglect occurs when nursing home staff fail to give proper care. In some cases, this can involve failing to provide food, medicine or hygiene services. Administering the wrong medications or giving too high a dosage could be considered medical neglect as well.

A study performed by Michigan State University reveals that as many as 24.3 percent of all nursing home residents have experienced at least one incident of physical abuse. Sadly, many believe this number is seriously underreported. Physical abuse can include violent acts such as punching, kicking and choking, and leaves individuals with a 300 percent greater risk of dying.

Sexual predators often prey upon the weakest and most vulnerable members of our society. In nursing homes, they may take advantage of residents through unwanted groping, touching or feeling. Some individuals will even be sexually assaulted or forced to perform certain sex acts.

The aggressive nature of sexual assault leaves many senior citizens with serious injuries or even sexually-transmitted diseases. These conditions may then go untreated when the victim fails to report them.

Some nursing home employees will take advantage of the relationships they have built with their patients. In doing so, they will attempt to gain control over that person’s finances.

For example, they may ask to have their name added to a checking or savings account or even be named as a beneficiary to a life insurance policy. Those with Alzheimer’s disease or dementia are especially vulnerable to this type of abuse.

This involves stealing sensitive information such as a Social Security number or credit card account number and later using it for personal gain. Rings of individuals may also conspire together to collect personally-identifiable information and then open fraudulent accounts.

Many times, criminal activity is not discovered for weeks or even months. By that time, significant damage may have already occurred to one’s credit or financial history. This is especially problematic for nursing home residents, who may lack the resources or wherewithal to correct the fallout.

What are the signs of nursing home abuse?

What are some signs that might indicate a loved one has become a victim of nursing home abuse? Here are a few things to look for:

If you suspect nursing home abuse, don’t wait. Contact our law firm to see if you have a remedy available under law.

Investigating a claim on your own comes with many challenges. Most family members don’t know what to look for or how to go about finding out information. Our lawyers can help you gather evidence and build a solid case to support your position.

We are familiar with the different types of elder abuse as well as the ways in which nursing home staff try to cover it up. Accordingly, we can often obtain information even when loved ones have run into a stumbling block. Our goal will always be to get answers so that you can make an informed decision.

When is the right time to contact a Georgia nursing home abuse lawyer?

Ideally, you should get in touch with us as soon as you become aware of an incident. The faster we begin working, the greater the odds are that we can preserve evidence before nursing home staff have had a chance to destroy or alter it. This means your odds of a successful outcome are much greater when you contact us early on.

Maybe you have tried to resolve the issue on your own but have not been successful. In that case, a nursing home will probably be less likely to give you the run-around if they know you are being represented by an attorney.