A Brief History of Workers’ Compensation in Georgia 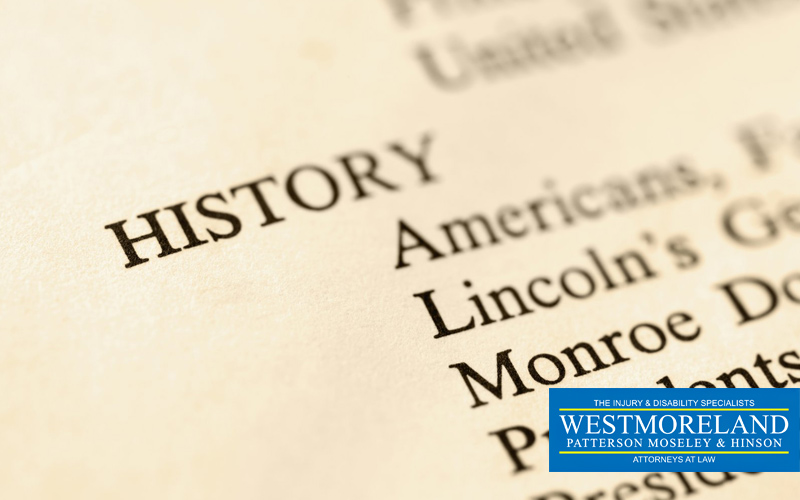 How and when did workers’ compensation come to be in the U.S.?

Many folks don’t know that workers’ compensation is referred to as the Grand Bargain.

Why, and when did the Grand Bargain become the law of the land?

Workers’ compensation is essentially an insurance policy that pays workers if they are injured, get sick or die on the job. At the beginning of the 20th century, workers were complaining about having to go through the tort system in order to get compensated for a work-related injury. Tort law deals with how an entity is accountable for an injury, an illness or a death, and therefore the worker had to prove that their employer was liable for their injury. This was often a long and drawn-out legal process that left the injured worker struggling to make ends meet.

With the Grand Bargain agreement, the employees receive money for occupational illnesses, injuries and deaths faster in exchange for giving up their rights to sue their employers in most cases. In other words, the employer must pay benefits regardless of fault, and so they are protected from costly lawsuits.

Workers’ compensation has a long and interesting history in the United States. While we couldn’t possibly cover all of the nuances of how workers’ comp came to be in the U.S. in one article, continue reading to find out how it all started and get a brief overview.

An ancient history of workers’ compensation

In 2050 B.C., Ancient Sumerians (in what is modern-day Iraq) were possibly the first to set up a workers’ compensation system when they put in place laws to pay workers who were injured. Employees were paid for injuries to a specific part of the body. This ancient system later had a major impact on other countries and workers’ rights during the Industrial Revolution.

Workers’ compensation in the Industrial Revolution

As the Industrial Revolution spread across America and Europe, companies started investing in manufacturing plants and equipment which led to an increase in unsafe working environments for many workers.

When the injuries occurred, the employees seldom received compensation from the courts. In fact, businesses even had laws in place that allowed employers to avoid the responsibility of caring for their workers. Three of the laws were called the “unholy trinity of defenses.”

When employees in the Industrial Revolution signed their job applications, this legal document said that they were aware of the dangerous work conditions and relieved their employer of liability. For example, let’s say Mark worked at a zoo. One day, he was attacked by a lion. Mark might have filed a lawsuit against his employer, the zoo. But the zoo would have argued that Mark was aware of the risks of a lion attack. As such, the employer argued that there was an assumption of the risk.

Another defense commonly used by employers in the Industrial Revolution said that if the employee was responsible for the accident or injury, then the employer was not at fault. For example, if the chimney sweeper fell from the ladder and hit his head, he would not receive any benefits from his employer since they would argue that it was the chimney sweeper’s fault that he fell.

Lastly, many companies in the Industrial Revolution would claim that if the employee caused an injury to another employee, the coworker (NOT the employer) was not liable for the injury. For example, if Jim and John worked in a factory and Jim accidentally caused harm to John, then the fellow servant rule said that the employer was not liable.

These and other labor laws made it difficult for workers in the Industrial Revolution to receive money for an occupational injury, an accident or an illness.

For this reason, certain groups in England set up disability insurance programs.

During the late 19th century, Otto von Bismark (1815-1895) was the leader of Prussia and then Germany. The Former Minister-President created laws that are similar to today’s workers’ compensation laws:

Workers’ compensation in the United States

History of workers’ compensation in Georgia

In Georgia, the first Workers’ Compensation Act was passed in 1920. This act stated that employers with 10 or more employees were subject to the law. However, this was a voluntary act for Georgia employers; they didn’t have to participate, and the most a worker could receive was $12 per week for a temporary total disability. Further, the death benefits were capped at $4,000 and $100 for funeral expenses.

Thankfully, today’s workers’ compensation law in Georgia is mandatory and applies to most employers with 3 or more employees.

Before the Act was introduced, Georgia workers had to file a personal injury lawsuit against their employer. Then, the burden of proof was on the worker to establish that the employer was to blame for their injury. Moreover, the employee had to overcome all the laws of the “unholy trinity of defenses” to win their case in court.

The purpose and benefit of workers’ compensation is to provide quick compensation to injured workers while also protecting employers from lawsuits filed by employees. It generally covers employees’ injuries, lost wages, medical costs and funeral expenses. Without this insurance, companies might have to file bankruptcy due to lawsuits and workers would be forced to pursue expensive and prolonged litigation against their employer.

In short, the Grand Bargain benefits both the employee and their employer.

That said, it’s far from a perfect system. Employers and insurance companies often try to take advantage of loopholes and the employee’s lack of knowledge of their rights to improperly deny or reduce workers’ compensation benefits.

If you think you have a case for workers’ compensation, contact the Georgia work injury attorneys at Westmoreland, Patterson, Moseley & Hinson today for your free consultation.