When can an owner be held liable for their pet’s actions?

Our Georgia personal injury attorneys can help you get justice after an attack.

While a majority of dogs are well-behaved and are beloved furry, four-legged family members, unfortunately not all canines are man’s best friend. One in 69 people in the United States are bitten by a dog every year. According to the Centers for Disease Control & Prevention (CDC), approximately 4.7 million dog bites occur in the U.S. annually, and 800,000 of those bites result in medical care. Young children and seniors are especially vulnerable to animal attacks.

Although the most serious animal-attack injury claims commonly involve dog bites, many other types of domesticated animals, such as cats, ferrets, rats, snakes and even birds, can also be a danger to children and adults. Non-domesticated animals, such as large cats, monkeys or apes, that are ordinarily found in the wild but owned by people as pets or held in private animal refuges have also been known to attack children and adults.

In Georgia and throughout the U.S., an animal owner’s liability for injuries caused by his or her pet varies greatly from jurisdiction to jurisdiction.

Our experienced animal attack injury lawyers in Macon, GA are experts in local dog bite and personal injury law. We’ve represented Georgia residents for over 50 years and we’re an excellent source for advice and information about animal attack cases near you.

3.25MILLION
Wrongful death of a woman killed by a delivery truck
2.50MILLION
Psychiatric patient severely injured while undergoing treatment
2.10MILLION
Settlement for the death of an infant by a negligent truck driver
1.25MILLION
Malpractice recovery for the death of a woman from surgical errors
1.10MILLION
Malpractice recovery for a death caused by emergency room doctor
1.10MILLION
Resident injured as a result of negligent supervision in dementia / assisted living facility
See more results

Georgia’s law regarding dog bites and animal attacks is clearly laid out in the state’s code of laws (O.C.G.A. 51-2-7):

A person who owns or keeps a vicious or dangerous animal of any kind and who, by careless management or by allowing the animal to go at liberty, causes injury to another person who does not provoke the injury by his own act may be liable in damages to the person so injured. In proving vicious propensity, it shall be sufficient to show that the animal was required to be at heel or on a leash by an ordinance of a city, county, or consolidated government, and the said animal was at the time of the occurrence not at heel or on a leash. The foregoing sentence shall not apply to domesticated fowl including roosters with spurs. The foregoing sentence shall not apply to domesticated livestock.

As for what constitutes a “vicious” or “dangerous” animal, Georgia has enacted progressive laws to define this classification and enforce rules in order to keep the general public and other pets safe from attacks from dangerous animals.

Under Georgia’s Responsible Dog Owner Act, which was passed in 2012, a dog is classified as dangerous if it:

Under this law, the owner of a dog is solely responsible if their animal attacks another person or pet. The owner of a dangerous dog must apply for a certificate of registration every year, build or buy a secure animal enclosure and post warning signs at all entrances of the property.

Some dangerous animals that have previously attacked someone must also be microchipped and their owner might be required to purchase liability insurance in case their dog attacks again. Any vicious dog that attacks someone for a second time will be euthanized, and owners who violate registration requirements may be fined and imprisoned. If the dangerous animal belongs to a child, then their parents will be held liable for the actions of their child’s pet.

In addition to state laws, certain cities and communities enact further protections and requirements for animal owners. For instance, Atlanta has a quarantine law in which any dog or cat that bites a human must be “immediately confined at the animal control shelter, veterinary hospital, or other such premises deemed acceptable by the health department or its designee for a period of ten days from the date of the bite to be observed for symptoms of rabies.”

Animal attack and dog bite laws can vary greatly at the local, state and federal level. If you’ve been attacked, it’s important you fully understand the laws of your community so that you can present the best possible case for compensation. At the law firm of Westmoreland, Patterson, Moseley & Hinson, our dog bite attorneys are deeply knowledgeable and highly experienced in this area of premises liability law.

When is the owner of a dog or other animal liable for bite injuries in a personal injury claim or lawsuit? 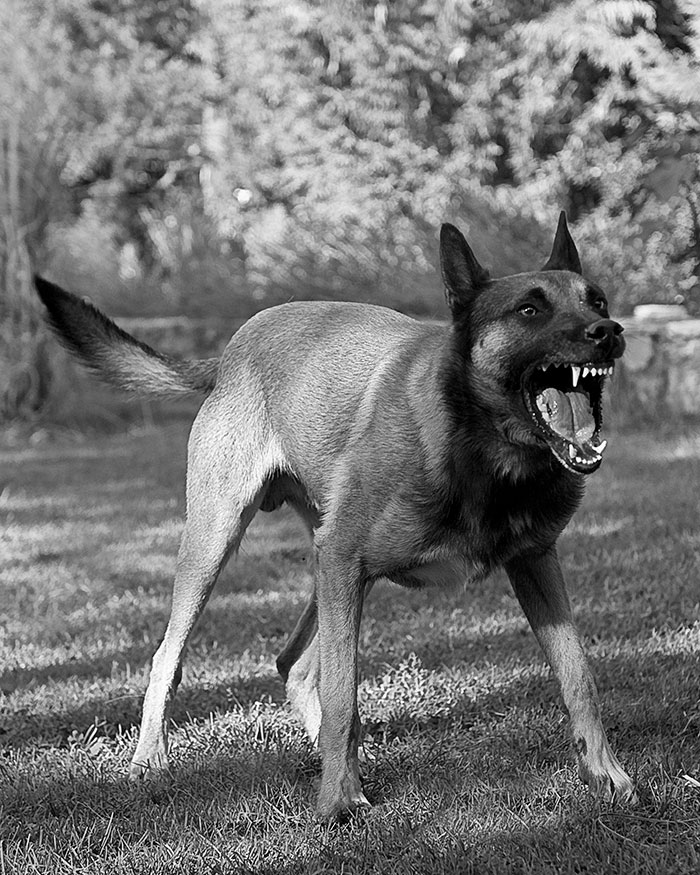 It depends on where the attack happened.

To succeed in most animal attack cases, the injured person must first prove that the animal that caused the injury was owned and kept by the defendant. In some jurisdictions, the injured person must also prove that the owner knew or should have known that their animal was dangerous, mischievous, vicious or prone to such threatening behaviors. This is known as establishing “negligence.” In other jurisdictions, the injured person can recover damages without having to prove the animal’s viciousness so long as it can be shown that the owner was somehow negligent (such as by not properly restraining or containing the animal). This is known as “strict liability” law.

Georgia is a negligence state, which means that a personal injury plaintiff is required to prove that the dog’s owner knew or should have known that their pet was vicious or dangerous, and that the owner failed to act with reasonable care to restrain their animal or protect others from attack.

To prove that an animal’s owner should be held responsible for your injuries under Georgia law, you must prove that:

An owner of an animal may be found liable under any circumstances in which he or she had knowledge of the animal’s viciousness but failed to act in order to prevent injuries to others. Accordingly, if an animal exhibits vicious or uncontrollable behavior, the owner should take steps to shield the public from the animal.

For example, if your neighbor owns a dog that is known to attack and bite without provocation, the owner should keep the dog safely confined indoors or in a yard from which it cannot escape and that others cannot easily enter. If your neighbor doesn’t adhere to these common sense guidelines and the animal attacks you or your child, then they may be found liable for the resulting injuries.

It’s important to note that it’s not necessary for the animal to actually bite or attack the victim to hold the owner liable for an injury. For example, a person who breaks his or her ankle in a frightened attempt to get away from a fenced-in dog’s snapping, barking or other aggressive behavior may be able to sue the dog’s owner successfully if they can show that the actions of the dog led to their injury.

What about wild or undomesticated animals?

Those who keep animals generally considered “wild” or undomesticated, such as lions, wolves, bears, alligators, crocodiles, tigers and monkeys, are typically liable for injuries caused by such animals regardless of whether the particular animal is known to be dangerous. Because these animals are generally presumed to have a natural tendency to revert to their wild instincts, no matter how well trained or domesticated, their owners may be held “strictly liable” for any injuries they may cause.

However, strict liability might not apply if the animal injures someone while being confined or restrained on its owner’s property. But this is a factually dependent argument that will not apply in every case.

People who are injured in animal attacks aren’t always entitled to recover damages. If the injured person provoked the animal, for instance, recovery may be denied. Here are a few examples of other possible defenses that can be used to deny a person’s animal attack injury claim:

People who are injured by an animal while on the owner’s property unlawfully are also generally unable to recover since they were trespassing at the time of the attack. In many states, in order to successfully file a lawsuit under dog bite statute, the injured person must show that he or she was lawfully in the place where the injury occurred. If the injured person was a trespasser at the time of the attack, the animal’s owner may not be liable for injuries caused by their pet. If, for example, someone jumps over a fence into an enclosed yard with “Beware of Dog” warnings posted, and taunts a guard dog with a stick, the owner may not be liable if the dog then bites the trespasser.

As a negligence state, the owner of a dog or other animal can only be held liable for an attack in Georgia if it’s proven that their pet previously exhibited behavior that might be considered dangerous, malicious or vicious. If the animal had no prior display of aggressive behavior, then the owner can use that as a defense to avoid liability.

The prior warning defense

If a pet owner informs his or her neighbor that their pet is not friendly and shouldn’t be approached, but the neighbor doesn’t heed this warning and touches the animal anyway, recovery may be denied if they are attacked and injured. On the other hand, if the owner merely stated that their pet wasn’t always friendly but still encouraged the neighbor to pet it, then the owner could likely be liable. Likewise, if the owner failed to provide adequate fencing to shield neighbor children from their dangerous dog, then they may be held liable regardless of if they warned the child’s parents or not.

In Georgia, you only have 2 years to bring a personal injury claim for a dog bite or animal attack. This deadline, which is known as the “statute of limitations,” starts from the date of the attack. If you attempt to file a lawsuit after the statute of limitations has expired, then your case will likely be thrown out.

“Mr. Hinson handled a personal injury matter for me. He kept me well informed and did an excellent job. I was very pleased with the outcome.”

Our Georgia premises liability lawyers have over 50 years of experience

Dog bites and animal attacks can be serious. Individuals who are injured by biting or attacking animals should seek the counsel of a personal injury lawyer who can explain the complexities of their case and provide guidance through the legal system. If you or someone you know has suffered personal injuries as a result of an animal attack, an experienced and knowledgeable personal injury lawyer at the law firm of Westmoreland, Patterson, Moseley & Hinson in Macon, GA can advise you on whether you may have a claim against the animal’s owner and can help you pursue the maximum damages to which you are entitled.

From our offices in Macon, Albany and Warner Robins, we help clients statewide in Georgia and across the Southeast. You will owe no attorneys’ fees unless we recover compensation for you.