Our law firm is proud to serve local military personnel and their families by helping them understand their right to compensation under Georgia injury law.

Outstanding representation. Excellent results. We are a team of attorneys whose ultimate goal is to get YOU the highest awards possible.
3.25MILLION
Wrongful death of a young woman killed after being struck by a driver of a delivery truck
2.50MILLION
Psychiatric patient severely injured while undergoing treatment at a well-known medical facility
2.10MILLION
Settlement for the death of an infant by a negligent truck driver

The state of Georgia has a proud history of support for our armed forces, with 13 military bases spread across the state representing nearly every branch of the military—from the United States Air Force and Army to the Marine Corps and Navy. These bases are not only important for our nation’s security, but also for the local economy.

Robins Air Force Base is the biggest employer in the Warner Robins area (including Houston and Peach counties), contributing over 25,000 military, civil service and contractor jobs to the local economy. The base has helped provide economic stability for Warner Robins and the entire Middle Georgia region since its construction in the 1940s. Nearby, Fort Benning outside of Columbus and the Marine Corps Logistics Base in Albany employs thousands more Georgians.

With such a large population of proud military personnel and families here in Georgia, it’s inevitable that many members of this community experience serious injuries, disability or even wrongful death due to negligence as a result of car accidents, truck accidents, work-related accidents, defective products, slip and falls or other types of personal injury.

At the injury law firm of Westmoreland, Patterson, Moseley & Hinson, one of Georgia’s oldest and most distinguished personal injury law firms, our attorneys understand the complicated and confusing rules that military personnel (active and retired) and their families must follow in the event of an on-base or off-base accident.

In the past, our law firm has helped many service members in injury cases involving:

We’ve helped service members through the entire personal injury process and litigated their cases to positive outcomes when necessary. As with all our clients, we skillfully handle military member’s injury claims and provide assistance with the reimbursement claims that are common when the injured person has government benefits such as Tricare or VA, or they received treatment at one of the on-base medical facilities.

We have helped enlisted service members, National Guard members, retirees, Department of Defense employees, and civilians who work on base with claims (and their families, too!). We have a long history of helping members of the Air Force, Army, Marines and Navy with personal injury claims.

We have also helped individuals with claims that have happened while on the Robins Air Force Base and Marine Base in Albany. We welcome calls from all our local service members and base employees. If we can’t help you for any reason, we will steer you towards someone who can.

Our experienced Warner Robins attorneys primarily focus on representing local military families, non-active service members, and military contractors who are injured in accidents outside of the base or during their deployment in the state of Georgia. If you are injured while on active duty either in battle or while employed by the federal government, then you should seek out an attorney near you who specializes in such cases.

Our team is committed to helping Georgia military personnel and families receive the compensation, justice, and financial security they deserve after a serious accident or injury.
Legal Service: Personal Injury

“Mr. Pyles and Mr. Yazinski helped me with my employer disability benefits and my Social Security Benefits. Becki Hyatt always kept me informed and went above and beyond to help me. This law firm will fight for you when you are not physically able to fight for yourself!”

View more videos
Wondering what to do next? Get advice from an experienced injury lawyer near you.
Free consultation

Most people believe that most military injuries and deaths arise during deployment to the battlefield; however, the reality is that a vast majority of injuries that military members and their families suffer happens off-base or outside the scope of their service.

A vast majority of injuries military personnel experience are musculoskeletal injuries such as overuse strains, sprains and stress fractures—often in the lower extremities such as the ankle, foot, knee and lower leg. These injuries can be caused by auto accidents, exercising or while performing some other off-base activity.

According to the U.S. Army, “injury” (specifically musculoskeletal injury) “represents the greatest threat to U.S. military readiness.” They go as far as to say that “the military and the Army are experiencing an epidemic of injuries.” 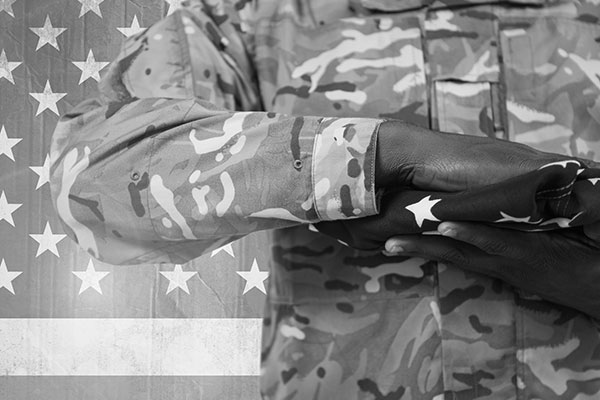 Other common injuries among military members and their families include:

Additional factors that can increase a person’s risk of injury include their gender, age, physical fitness level, weight, body mass, nutrition and behaviors like smoking and drinking.

Get a FREE consultation from an experienced Warner Robins, GA personal injury lawyer

Here at the law firm of Westmoreland, Patterson, Moseley & Hinson, we are proud to serve our brave men and women in the military. Whether you were injured while stationed at Robins AFB or one of Georgia’s other military bases, we encourage you to reach out to our team for answers to your questions. We have experience representing injured military personnel and military families.

If you need legal advice, we are here to help. Our dedicated attorneys at Westmoreland Law have over 50 years of experience on our side to help you win your case. With offices located in Warner Robins, Macon, and Albany, we serve clients across the state of Georgia.