Representing pedestrians, passengers, bikers, truckers, and victims who have been injured in an accident with a commercial truck or tractor trailer.

View more videos
Outstanding representation. Excellent results. We are a team of attorneys whose ultimate goal is to get YOU the highest awards possible.
3.25MILLION
Wrongful death of a young woman killed after being struck by a driver of a delivery truck
2.10MILLION
Settlement for the death of an infant by a negligent truck driver
550THOUSAND
Man struck by a tractor-trailer causing need for surgery to repair herniated disk at 2 levels in lower back
Wondering what to do next? Get advice from an experienced injury lawyer near you.
Free consultation

Who can I sue for damages in a truck accident?

If you were injured in a truck crash, or you lost a loved one in a fatal truck accident, you may be able to sue the following parties:

From the moment a truck accident occurs, residents in Warner Robins only have 2 years to file for a personal injury claim and 4 years for a property damage claim, according to the Georgia statute of limitations.

Though this might seem like a lot of time, filing a claim takes a tremendous amount of planning, preparation and work. The sooner you can talk to an attorney, the sooner they can start preparing your case.

The average 18-wheeler semi truck weighs approximately 40 tons, which is 40 more reasons why drivers never want to get into an accident with a commercial cargo truck. For comparison, the average passenger vehicle weighs just 2 tons. As you might expect, when a car crashes into a semi truck (or vice versa), the resulting damage is almost always devastating. The driver and passengers of the smaller vehicle tend to get seriously hurt, if not killed.

Yes, semi trucks play an important role in the American economy by transporting the goods and products we need and want to our local stores and doorstep. But it’s also true that they can cause major damage and injuries if they’re involved in an accident.

In 2018 alone, 4,136 people died in truck crashes — and 67 percent of these fatalities were occupants of other cars, most of which were smaller passenger vehicles. More than half of these accidents took place on major roads, not on highways and freeways, with the most common cause being failure to yield right of way.

Regardless of who or what causes a truck accident, it’s typically the motorists not in the truck who suffer most. When this occurs, it can leave families struggling to pick up the pieces as they are forced to pay for medical bills, rehabilitations or even funeral expenses — all without being able to work until their serious injuries heal. To top it off, dealing with trucking companies and insurance adjusters following a truck wreck can be a big hassle and massive headache, as those parties will do everything possible to escape liability.

The good news is that you don’t have to handle the aftermath of a truck accident on your own.

With over 200 years of combined experience, our Warner Robins lawyers specialize in auto accident cases, including truck crashes. We know how to handle difficult trucking companies and uncooperative insurance adjusters. Let us help negotiate the best possible outcome in your case.
Wondering what to do next? Get advice from an experienced injury lawyer near you.
Free consultation

What to do after a truck accident in Warner Robins, GA

What damages can I recover in a Warner Robins truck accident? 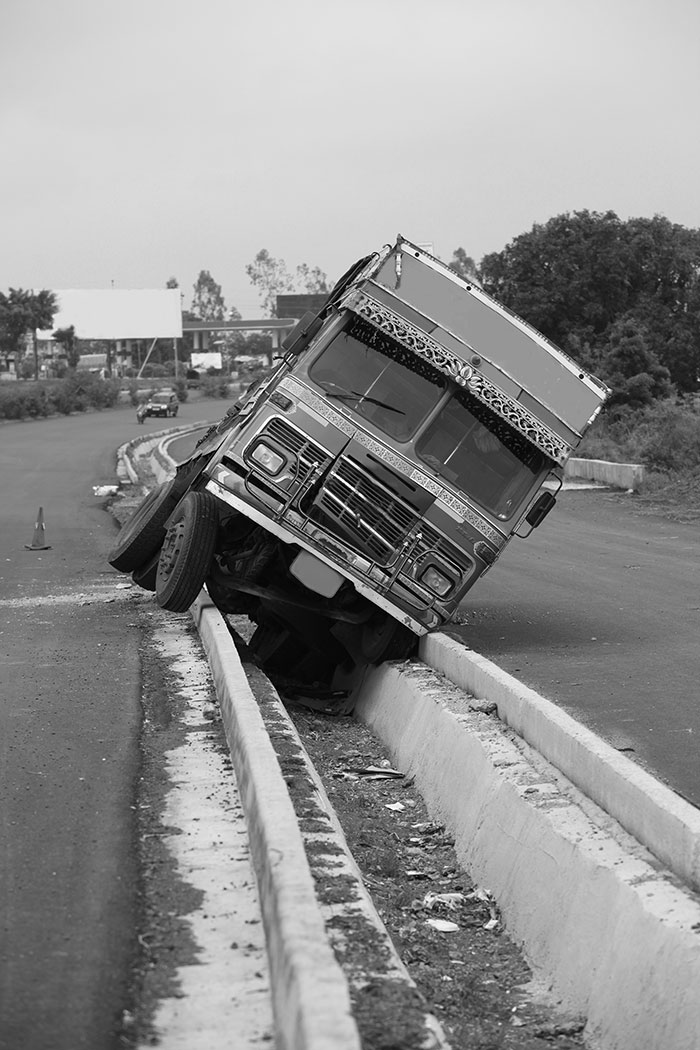 Truck drivers aren’t always to blame when it comes to truck accidents. There are a number of contributing factors that could be the culprit of a wreck. One thing that almost every factor has in common is that it is rooted in negligence.

The injuries sustained from truck accidents can be severe and expensive to treat, which is why it’s important to contact a Warner Robins truck accident attorney with the right experience to get you the best settlement possible. We frequently help clients who have suffered serious injuries, such as:

At the injury law firm of Westmoreland, Patterson, Mosely, and Hinson, we want you to know that you don’t have to fight this battle alone. In the event of a truck accident, contact one of our Warner Robins attorneys right away for your free consultation. With over 50 years of experience on our side and three offices located in Macon, Albany, and Warner Robins, our lawyers are here to help if you or a loved one were the victim of a truck accident and are seeking compensation.

3.25MILLION
Wrongful death of a woman killed by a delivery truck
2.50MILLION
Psychiatric patient severely injured while undergoing treatment
2.10MILLION
Settlement for the death of an infant by a negligent truck driver
1.25MILLION
Malpractice recovery for the death of a woman from surgical errors
1.10MILLION
Malpractice recovery for a death caused by emergency room doctor
1.10MILLION
Resident injured as a result of negligent supervision in dementia / assisted living facility
See more results