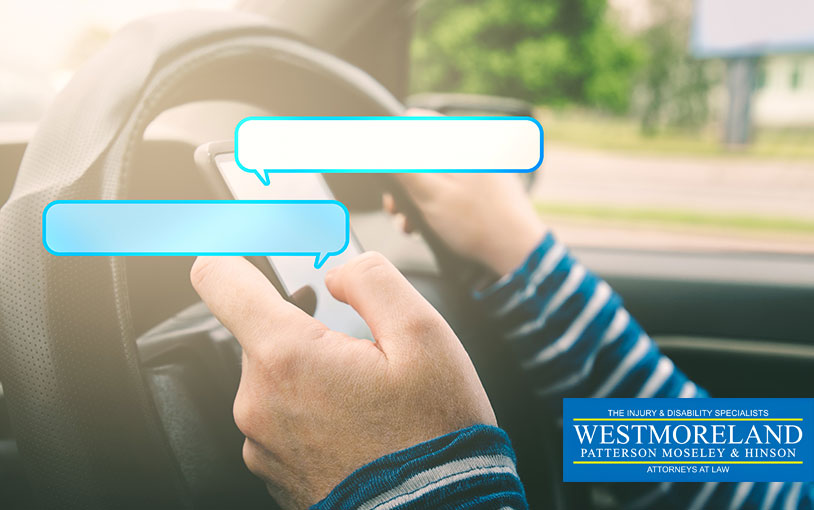 In July 2018, the Hands-Free Georgia Act became the law of the land. This new law, passed by Gov. Nathan Deal, amended the state’s traffic law—specifically Code Section 40-6-241—to prohibit drivers from having a phone in their hand or touching any part of their body while talking on their phone while driving.

Under this law, it is against the law for Georgia drivers to:

What’s the penalty for breaking this law?

According to the Georgia Governor’s Office of Highway Safety:

The fine for a first conviction is $50.00 and 1 point assessed against the driver’s license. The fine is $100.00 and 2 points for a second conviction and $150.00 and 3 points for three or more convictions. The fines for a 2nd or 3rd offense only apply when the date of a 2nd or 3rd conviction takes place within 24 months of the date of the first conviction. First time offenders can have the charge dropped by showing the court they have obtained a device that allows them to talk on a phone with hands-free technology or devices.

Nearly every state bans texting while driving to some extent (Montana is the only state with no cell phone laws on the books), but fewer have a more comprehensive hands-free law like Georgia recently passed.

Currently, 34 states (including Georgia), as well as D.C., Puerto Rico, Guam and the U.S. Virgin Islands, prohibit all drivers from using hand-held cell phones while driving.

According to the National Conference of State Legislatures, states WITH hands-free laws include:

What did the Hand-Free Law change?

The law was passed in response to the growing number of traffic fatalities on Georgia’s roads and highways. Between 2014 and 2016, traffic fatalities in the state increased by a third, with distracted driving believed to be a main culprit behind the increase.

So what about now?

According to the Atlanta Journal-Constitution, the passage of the Hands-Free Law in 2018 made a difference, based on early evidence. Nine months after the law changed, distracted driving traffic tickets were up and, more importantly, fatalities were down.

Whether or not the reduction in motor vehicle deaths is the result of Georgia’s Hands-Free Law or other factors—or if it’s a trend that will continue—remains to be seen as more analysis must be done in the coming years. However, it is undoubtedly having a positive impact on driver behavior by discouraging phone use behind the wheel.

Most safety experts support increasing penalties for distracted driving, but there is some debate about whether a ban on handheld devices will actually make driving safer. On the one hand, of the states that have banned handheld devices behind the wheel, a majority have seen decreases in traffic fatalities (including Georgia).

However, as Scientific American reports, numerous studies have also found that hands-free devices are no safer than handheld devices when used behind the wheel. That’s because what is most distracting about talking or texting behind the wheel is not the act of physically touching or looking at a screen, but having one’s mental attention focused on something other than driving.

One study by the Texas A&M Transportation Institute, for example, compared 3 different groups of drivers:

The results showed that it didn’t matter whether drivers texted by hand or voice because they both took twice as long to react to changing driving conditions than the non-texting group did. Both texting groups also took their attention away from the road for equal amounts of time.

Such a study suggests that a complete ban on cellphones, both handheld and hands-free, while driving would be the best way to tackle distracted driving.

Unfortunately, there is little appetite among lawmakers for such a ban.

Was your life changed forever by a distracted driver?

For those who have been injured in a motor vehicle accident, particularly if the accident may have been caused by a reckless or negligent distracted driver, it is important to know that help is available. A personal injury attorney can assist crash victims with much of the aftermath of their ordeal, including by helping them pursue whatever compensation they may be entitled to.

If you were injured or you lost a loved one due to a distracted driver in Georgia, then we encourage you to reach out to our Georgia car accident attorneys today to discuss your potential path to recovery. We are deeply knowledgeable about Georgia distracted driving law and it’s legal implications. Let us help you recover the financial compensation you deserve.