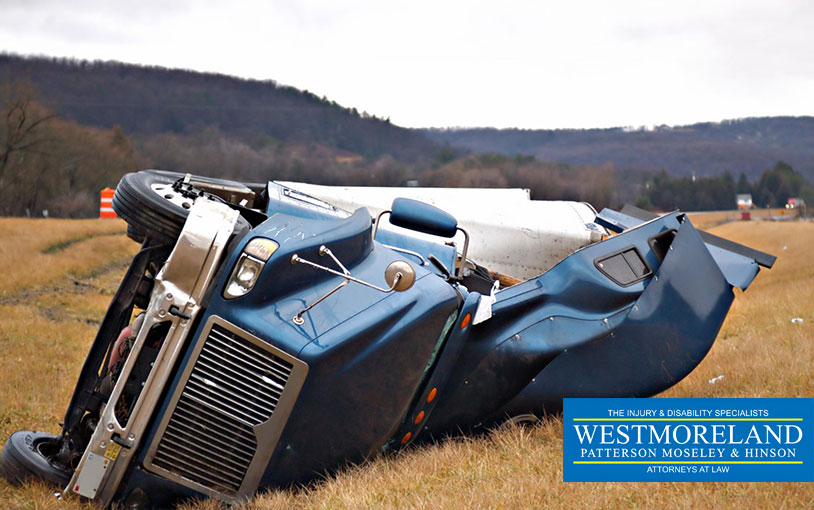 Collisions involving large commercial trucks are all too common in Georgia and throughout the United States. In fact, 415,000 trucking accidents were reported to law enforcement in 2015 alone, according to the Federal Motor Carrier Safety Administration. Unfortunately, speed is often a contributing factor in these types of crashes, which may result in serious injuries or death for those involved. A recent proposal by the U.S. Department of Transportation is aimed at increasing speed regulation for large vehicles and decreasing the number of speed-involved wrecks.

The hazards of speeding

Large commercial vehicles are more difficult to maneuver than smaller, passenger automobiles. This is especially true when they are traveling at high rates of speed, as operators may be more likely to lose control, causing their vehicles to roll, jackknife or otherwise wreck. Additionally, increased speeds add force to the impact of tractor trailer collisions, potentially increasing the severity of the accident and the possibility for serious injuries or fatalities.

Not only are they more difficult to handle, heavy vehicles require more distance to stop safely. The FMCSA points out that tractor trailers have an average stopping distance of 196 feet when traveling in good conditions at 55 mph, while the average passenger vehicle needs only 133 feet. Consequently, if they are traveling at high rates of speed, truckers may not be able to slow or stop in time to avoid colliding should a hazard or other situation occur unexpectedly on the road.


The FMCSA and the National Highway Traffic Safety Administration recommended a regulation that would make speed limiters mandatory equipment for some large commercial vehicles. The proposal would apply to newly manufactured tractor trailers, busses and other automobiles weighing 26,000 pounds or more.

The speed limiting devices would keep vehicles from traveling faster than a set speed. The regulators are considering cutting large trucks’ top speed off at 60, 65 or 68 mph. While no specific estimates were provided, it is the DOT’s belief that limiting these vehicles’ top speed will help save lives. Further, it is suggested the proposed regulation would safe on annual fuel costs and usage.

Critics point to the dangers of the rule


Not everyone views the proposal as a sensible solution for roadway safety, as well as the environment. Some who oppose the regulation argue that it is less safe for truckers and the other motorists with whom they share the road. They claim limiting large commercial vehicles’ speed would prevent them from accelerating should they need to in order to react to sudden changes in the conditions or other emergency situations.

Other critics of the proposal suggest it does not go far enough to cut down on speed-involved tractor trailer collisions. They advocate the rule should be extended to require older model vehicles that are equipped with speed limiting technology to employ it.

When people in Georgia are involved in collisions with large commercial vehicles, they may suffer serious injuries that require significant, and potentially ongoing, medical treatment. This may lead to medical expenses they were not expecting and, if they are forced to take time off work to recover, lost income. Under some circumstances, however, the truck operator or trucking company may be held liable. Therefore, those who have been injured in truck accidents may benefit from consulting with a lawyer. An attorney may help them understand their rights and explain their options for pursuing compensation.